A Roob is a “know-nothing” who talks like a “know-it-all.” He’ll Google something, and then talk like an expert on the subject. When a true expert says something that the Roob doesn’t like, the Roob talks louder. The saying “Those who know aren’t talking, and those who are talking don’t know” is a reference to Roobs versus true experts. The Roob recognizes opportunities to advance himself, even at the expense of others who may be more deserving. In this regard, the Roob is a “sociopath-lite.” I suspect that Roobs admire sociopaths.

Maybe the term "sociopath" should be defined. Sociopathy and psychopathology are confused in the literature, and the two are often equated. The accepted way for establishing a person's psychopathology is to score them on the Hare Psychopathology Checklist, consisting of 40-questions (as illustrated in Fig. 1). Any score of 30 or above constitutes assigning the person to the category of "psychopath." Approximately 4% of Americans qualify as psychopaths.

Descriptions of sociopathy resemble that for psychopathology, though the sociopath is usually viewed as having less severe symptoms (i.e., less prone to murder). A major study conducted at the request of the  U. S. Congress (about 10 years ago) assessed the incidence of a disorder very much resembling sociopathy, but going by the awkward name of "Borderline Personality Disorder," or BPD. Recognition of BPD had grown during the preceding several decades, and there was an obvious association between criminality and BPD (as well as the obvious one with psychopathology). The study found that 6% of Americans were in the BPD category. I am familiar with one person diagnosed twice as being BPD, and her score on the Hare Psychopathology Checklist was ~22. I informally think of BPD as scoring in the range 15 to 29, and in my writings I often equate BPD with sociopathy.

It's difficult to predict what might happen to a society that has a growing number of psychopaths, sociopaths and Roobs - I haven't even mentioned the fact that half of Americans have below average IQ, and half of Americans are too apathetic to vote. If I'm correct in my assertion the two main categories of undesirables (sociopaths and psychopaths) has increased in incidence since pre-historic times, from 1 or 2 % to the present 10%, and if that incidence is still increasing, then what are the prospects for civilization surviving the infection of this social cancer? The Roobs are enablers, and their numbers are also increasing. I have succumbed to pessimism about the future of America, and humanity.

Any academic interest in the slow growth of recognition of Roobs in recent civilizations could read the following sequence of books: Revolt of the Masses, Jose Ortega y Gassett (1930), The Great Roob Revolution, Roger Price and Genetic Enslavement (Chapter 26), Bruce Gary (2014).

For other internet discussions of the threat posed by sociopaths I provide links below. Also, consider reading the book The Death of Expertise by Tom Nichols (2017).

Roobification of America  (more about Gasset, Price and my follow-up)

Fragility of Democracy (earlier version of this essay) 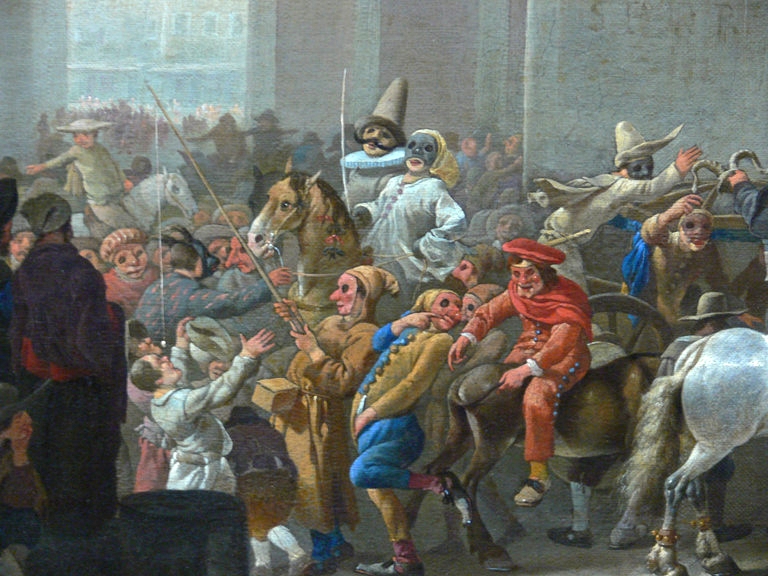 Roobs in Trumpistan! ("Carnival in Rome," a painting by Johannes Lingelbach, c1650, depicting "fools" mocking the elite and
celebrating vulgarity, as only the hoi poloi know how.)